Sapa is a hill station discovered by the French at the beginning of the 20th century. In the winter of 1903, the first French arrived in Sapa for a field survey to find an ideal climate station to avoid the tropical heat of the North. Fall under the spell of a grandiose mountainous landscape and its beneficent climate. They began to build there from 1922 the first villas.

By 1940, Sapa was considered as the summer capital of Tonkin, with more than 200 villas emptied this beautiful village. Unfortunately, the climatic station founded by the French was devastated by the burned earth tactics of the Viet Minh in 1947 and then by the 1979 Chinese invasion.

Since 1990, the Sapa resort town experienced a renaissance to adapt to tourism. At 1600m altitude, Sapa enjoys a temperate climate, with an average annual temperature of 15o to 18oC. Precipitation is abundant from May to August. 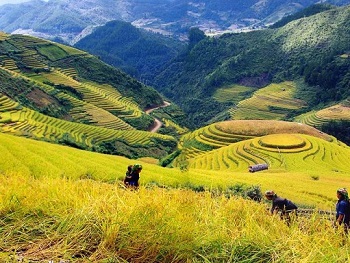 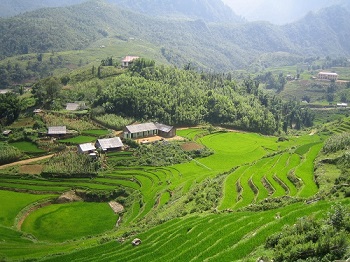 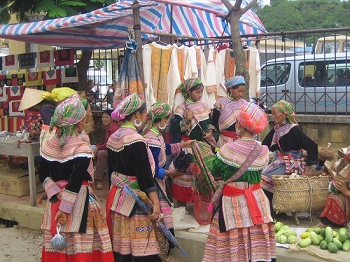 The Fansipan
The highest point of Sa Pa is Mount Fansipan. It is located on Hoang Lien Son range, at the 3.143 meters altitude. The name Hoang Lien Son comes from the Hoang Lien trees which are a kind of rare medical plant. Hoang Lien Son National Forest is home to 136 bird species, 56 animal species and 553 insect species, including 37 species of animals in the Vietnam Red Book (a list of animal or plant species threatened or vulnerable, or endangered).

Other minority villages
Apart from the H'mong ethnic group, around Sa Pa is home to the 4 other ethnic groups: Zays, Daos, Tays, Xa Pho. From Sapa town, following the path into the peaceful Muong Hoa valley you will reach the minority villages. Less influenced by modern life, ethnic groups still preserve their own original customs and cultures. In particular, their cultivation of rice in terraced rice fields is an interesting feature. 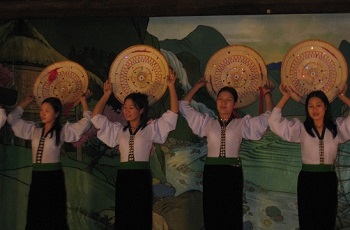 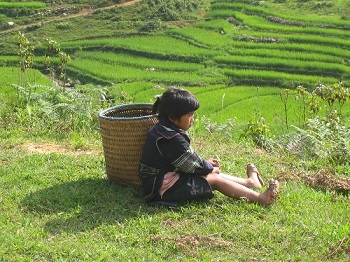 Bac Ha market
The Bac Ha market takes place only on Sundays mornings, with its craft industry of alcohol distillation (rice and manioc alcohol, corn liquor). The Bac Ha market is the most famous and largest ethnic market in the North. Several groups of deep-coloured Hmong are found there, as well as Dao, Tay, Nung, and Phu La. By visiting the Bac Ha market you will find with amusement that they do not only come here to trade but also to discuss with distant neighbors, to meet people or drink a few glasses of rice or corn alcohol among friends.
Can Cau market
The Can Cau market takes place every Saturday morning - a typical market with vibrant colors where you can meet different ethnic groups. It is not only a place of commerce (where one sells, one buys), but more important, a place of cultural exchange (where one makes friends, first contacts between boy and girl, where they taste the rice alcohol, manioc or paddy alcohol, etc.)
Sin Cheng Market
A very authentic market that takes place every Wednesday morning. It is frequented by about ten ethnic groups in the surroundings, including Hmong, Nung, Thu Lao ... To get to the market on time, people have to wake up early in the morning. They bring to the market their precious agricultural products. Men are interested in enjoying a glass of wine, while women prefer colorful clothes.

The best time to travel to Sapa is therefore from September to November and from March to May. Meanwhile, the climate in Sapa is stable, it is sunny and dry during the day, at night it is cold.
Depending on your preferences, you can select a specific time to contemplate terraced rice fields in all beauty:
- Between April and May: ethnic minorities plant rice on terraced rice fields, it is also the time when many flowers open.
- The last half of September: the terraced rice fields turn yellow. Meanwhile, the yellow color covered all the hills in Sapa, the extraordinary landscapes that seduced photographers.

How to get there: There are several means of transport to reach Sapa from Hanoi, you can choose the night train (8 hours on board, with soft sleeper), private bus or public bus (5 hours drive).